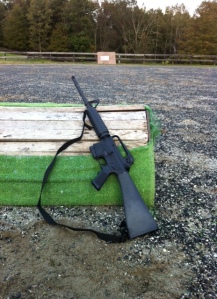 It was a rough session today. I feel so fucking awful about what happened. In my mind it seems like I let everyone down. I know I am supposed to pick up the phone and ask for help. To share my impulsiveness and offset the risk by letting Virgil and Beatrice help me. I didn’t do that. I did not even know what was happening. How could I have stopped it. I was holding the gun, there was no impulses prior to it. I did not feel depressed earlier that day. I felt a very strong disconnect. I was numb. I remember that clearly. Leaving session I recall little if any of the afternoon. I think I went to the gym, but I really am not sure. I don’t understand how everything is so jumbled in my brain. It is like the past week has been shuffled. I didn’t sense anything bad was happening. I was overwhelmed, especially with the financial information I received from the accountant. I was under a tremendous amount of stress. I can be really sure about that. Was it the final straw that tipped that awful afternoon in motion?

sitting in session today I couldn’t help but replay the time in the room as the light was slipping away. I could sense the way it felt, the shift of the temperature in the room. the weight of the gun in my hands. the groves and textures of her. Every inch. I was so painfully wrapped up in that process of feeling it. It was a very strange eerie experience. Time stood still. nothing existed beyond that cold piece of lethal steel and my anguish. I didn’t know how I got there, but I accepted it. I didn’t recoil as I recognized what was happening. I didn’t think to myself NO. instead I bowed my head, tears falling in silence. I did not pick up the phone sitting less than a foot from me. I did nothing but accept it. Why? how did it seem okay to me. sure I was disoriented. All that was in my head was a steady race of thoughts. Moving fast enough I could not tease out any one thought. Even now, letting myself replay the moments in my mind. It wasn’t until I was startled by the sound of the round being racked did I even realize what exactly was about to happen. yet, I still did not pause. I placed that barrel against my head. I was holding an AR-15 Bushmaster A-2 “shorty”. This is basically the same type of gun used by the military, only it is not a fully automatic like the M-16. It is an assault rifle. Like any gun, there is recoil whenever the trigger is pulled. My concern in that moment was not that I was holding a gun to my head, or that I was alone in the fast fading light. My worry was that when I pulled that trigger the barrel would jump, losing contact with my head. I could not be certain where the bullet would go. I adjusted how I was holding her, but I couldn’t get it secure enough. I just lost it. I rarely cry like that. I knew there was no way I could hold that gun and get the round to travel thru my skull and travel thru the brain stem. that is the only sure way for a bullet to kill you. A bullet can travel all the way thru the brain, leaving only severe injury. Not death. You are probably wondering why I know this. I have studied suicide in all its forms. Every method, all the ways to make mistakes, all the ways to be successful. It was in that moment, when I should have been horrified by what I was doing, instead I was in this cold calculated place. The racing thoughts fell to the wayside. Time crawled. I went thru my mental checklist. What was wrong, and what was right. Only thing going thru my mind was odds and what might go wrong. I was fixated on the gun barrel placement. It was not RIGHT. Did not matter what I did, still my head said no. There was too high a probability it would just leave devastating injury. This feeling of dread started to creep in. I tried to bargain. tried to get myself to think it was good enough. let myself go to the impulse pushing so hard against my back. that wasn’t the only thing wrong. the gun was loaded with a light target round. I wasn’t sure it was heavy enough. I could not remember the jacket. was it a full metal jacket?? I just couldn’t think straight. It was as if I had marbles rattling around up there between the analyzing and the impulses. I lowered the barrel, releasing the trigger from under my finger. I pulled the gun close, hugged her to me. Tight. very tight. I held her and was overcome by the weight of the situation I had found myself in. I was no longer analyzing, I was feeling. Such deep pain, like none I had ever felt. There was no one, so I held that gun. I lost myself in that moment. I was terrified. I was completely overcome. I held her to me, resting my forehead on the barrel. I rocked in the dark. back and forth, back and forth. I do not know how long I spent. I do not remember unloading the gun, or sliding her back in her place. I recall nothing. It is as if it all just evaporated. The sadness remained. It did not go into storage with the gun. It hung on me making my bones feel heavy and my soul feel weak. Here I am a few days later, the sadness still everywhere. but it is now coupled with the most paralyzing guilt. I am disgusted with myself. I could not even bring myself to look at Beatrice. I just feel this terrible darkness. I feel no good. worthless. I promised them I would let them help me. I said I would be truthful and reach out for help. did I? no, instead I waited days before allowing myself to share what I had done. I know I am sick. I know that. I understand there is a chemical maelstrom going on in my head. But it just feels like another failure on my part. I am so sorry. so fucking sorry. i am ashamed of myself.